How does Bullying Affect Mental Health 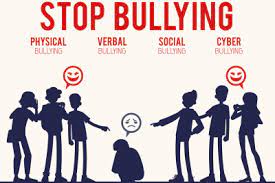 How Does Bullying Affect Mental Health?

“Kids will be kids” or “it was just a joke” are two of the comments we hear throughout our lives when mean things are said or done to us. While this may be true under some circumstances, in others, it is just an excuse made to make the way we behave acceptably to society and societal norms.

A joke is a joke, right? Although it may not seem that big of a deal to you, comments made have the potential to hurt someone more than you know. As you continue reading you will learn about bullying, the types of bullying, how it affects an individual's mental health, and where to go for help.

I left the house in a blue dress for my first school day. I felt confident leaving the house, looking forward to a new year. When I got to school, a girl said my dress made me look like a whale. Within that moment, my heart shattered.

Bullying is a term that we hear several times throughout our lives. Whether on television, at school, or in a book, we begin hearing and learning about this term starting at a very young age. But what does it mean to bully someone? “Bullying is an ongoing and deliberate misuse of power in relationships through repeated verbal, physical and/or social behavior that intends to cause physical, social and/or psychological harm.”

So why are you being bullied? Did you do something to make someone mad? Or were you making fun of another person? This can sometimes be a reason in some cases, while in other cases it is not. Individuals begin bullying others for a number of reasons. And there may be cases where someone may begin to bully you due to something said. A majority of the time though individuals who become bullies suffer from one or more of the following:

Wait, there is more than one?!

When you think of bullying, your mind most likely goes to people getting physically bullied or verbally bullied by their peers and colleagues. However, there are more forms of bullying than that. Although individuals are still physically bullying their victims, technology has allowed bullying to increase and go even further. In recent years since technology has advanced, there has been an increase in cyberbullying. Cyberbullying consists of verbally bullying the victim via text, but it has also made it easier for individuals to bully others sexually, relationally, and prejudicially.

To begin with, one of the biggest concerns that you may have regarding cyberbullying is that individuals can hide behind their screens and anonymous usernames, making it so that their victims cannot pinpoint exactly who is behind the bullying. Not knowing who your bully makes it easier for others to jump in and join the bully in making comments and harassing a victim.

One of the most well-known cyberbullying cases that evolved into a sexual bullying case done via cyberbullying was that of Amanda Todd. Canadian Amanda Todd was a teenage girl who, like you and many other individuals across the world, was a social media user and used platforms such as Facebook to have fun and stay connected with friends. Unfortunately, her life was turned upside down due to a moment of poor judgment.

Exposing a picture of herself topless to what she thought was a teenage boy from Canada turned her life upside down. The individual hiding behind the profile of a teenage boy had been a 35-year-old Dutchman from the Netherlands, but due to privacy laws, his name was never released. This man had continuously harassed Amanda for almost two years following her online presence on Facebook. The comments he made and the hate he spewed persuaded others to feel the same toward her. It made her feel so alone and isolated that she committed suicide in the fall of 2012 as a final solution to escape her torment.

Amanda's story exemplifies what can eventually happen and how much the human mind can deteriorate due to bullying.

Next are relational and prejudice bullying. What does it mean to be bullied in either of these ways?

Relational bullying tends to be bullying between “friends” and often goes unnoticed for more extended periods than physical bullying. This happens most frequently when it comes to groups of girls who are friends. Some of the ways that people relationally bully one another are through:

While prejudice bullying is focused on factors like the color of a person’s skin, their religious practices, and their sexual orientation, this form of bullying is something you can frequently see on your local news channel and can be used in legal arguments about whether or not someone is seen as guilty in the eye of the law.

Lasting Effects on your Mental Health from Bullying

No matter the form of bullying that you may be receiving, several long-lasting effects impact an individual's mental health. Along with the effects listed in the graph above, other effects include:

Where can I get help?

When you are being bullied, you may feel like you are alone. Although this might feel like the case to you, you are never alone. If you don’t have any close friends or family that you feel like you can confide in, several online sources provide phone numbers that you’d be able to contact for help and find someone to talk to.

Stop bullying now. You never know what others in life are going through. And always remember that no matter what, you are never alone and that there is someone out there who cares.

Reach out to Transformations Care Network

Thank you! Your submission has been received!
Oops! Something went wrong while submitting the form.