TMS Patients Tend to Have a Positive Attitude Toward Their Treatment 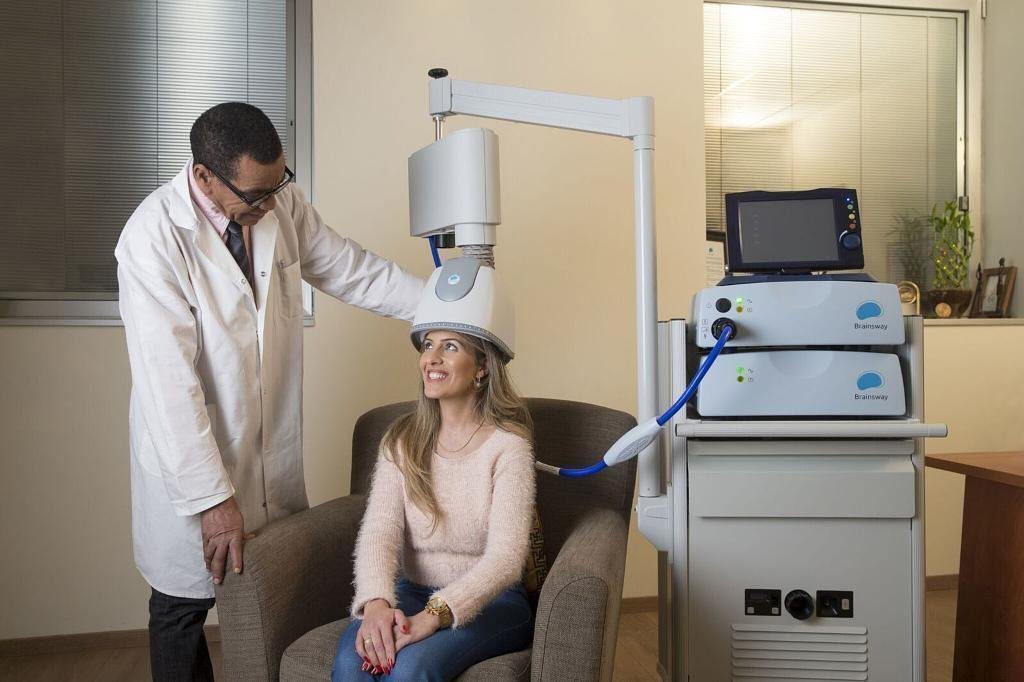 Psychiatric populations perceive the therapeutic use of repetitive transcranial magnetic stimulation (rTMS) for mental health conditions to be beneficial, safe, and no more dangerous than conventional therapy options like medication.

Transcranial magnetic stimulation(TMS), is a treatment option for patients who aren't getting satisfactory results from their medication or therapy. TMS is a noninvasive procedure that uses magnetic fields to stimulate nerve cells in the brain in order to improve symptoms of mental disorders like depression. Because this treatment for depression often involves delivering repetitive magnetic pulses, it's called repetitive TMS (rTMS). Repetitive transcranial magnetic stimulation (rTMS) uses an electromagnetic coil to activate the brain by placing it against the scalp. The electromagnet painlessly delivers a magnetic pulse that stimulates nerve cells in the regions of the brain that show decreased activity in depression, easing symptoms and improving overall mood.

The rTMS treatment is the use of electromagnetic induction to elicit an electrical current in brain tissue of enough magnitude to depolarize neurons within the cerebral cortex. These neurons are part of relevant circuits involved in emotional regulation.

Six TMS devices now have approved uses by the U.S. Food and Drug Administration and are used in clinical practice: five for treating medication refractory depression and the sixth for presurgical mapping of motor and speech areas.

The objective of this systematic review was to synthesize and critically appraise literature exploring patient perceptions regarding the therapeutic use of noninvasive brain stimulation.

The peer-reviewed journal concludes that while the positive participant attitudes and experiences observed support the clinical implementation of rTMS, future work is now much needed to determine the perceptions of this therapy across a broad range of conditions, including chronic pain.

“This systematic review indicated that participants with psychiatric conditions who engaged in rTMS were well-informed and educated regarding the procedure, perceiving it to be safe and beneﬁcial,” Georgia Stillianesis (Western Sydney University, Sydney, Australia) et al write. “Participant attitudes and experiences were positive, reﬂected by low levels of fear and their willingness to recommend the intervention to others.”

The use of non-invasive brain stimulation techniques such as rTMS are now considered to be the gold standard therapy for pharmacologically resistant depression. The successful outcomes of this treatment has led to its growth in treating patients suffering from other central nervous system disorders such as chronic pain, Parkinson’s disease, and stroke.

The participants across these four studies had received rTMS to treat a range of conditions. Most commonly for treatment-resistant major depression, accounting for 79.9% of participants, but also for obsessive-compulsive disorder (OCD), somatoform disorders, and schizophrenia in some cases.

The review concluded that regarding the knowledge of rTMD, participants held generally high levels of knowledge of the treatment, its safety and potential indications for administration. For the majority of participants, about 91%, being able to correctly define what rTMS entails. Furthermore, most of the participants in one study showed that they were fully aware of the time and frequency associated with the procedure as well as the fact that it needed to be administered by a trained health professional.

The success of the use of non-invasive brain stimulation techniques like rTMS are thanks to the key benefits associated with these treatments. Key benefits of rTMS include that they require no surgical procedure, they are pain-free, and they are relatively inexpensive compared to other invasive forms of brain stimulation, such as intracranial stimulation.

Majority of the participants were willing to consider the use of rTMS as a treatment option, with most having high expectations regarding the effectiveness of the treatment due to its sophisticated appearance.

The review’s authors state that this systematic review being the first to synthesise data exploring patient perceptions regarding the therapeutic use of non-invasive brain stimulation makes for this clinical application of this intervention to remain relatively limited to research settings and psychiatric conditions. Suggesting that much more research needs to be made due to the recent development of this treatment. The researchers suggest, however, that it is necessary for the ethical requirement for individuals to be informed about the nature, risks, and potential side-effects of the intervention prior to consenting to participate in the treatment.

The findings from this review suggest that rTMS is well accepted as a therapeutic treatment among psychiatric populations, providing support for its clinical utility. Furthermore, most of the participants in one of the studies stated they would recommend rTMS to a close relative or friend (72.5%), and similar ﬁndings were seen in two of the other eligible studies—with the majority adding that they would only endorse the treatment if it was recommended by a physician (86%). Although this review suggests that rTMS is well accepted as a therapeutic treatment with successful outcomes, further understanding is needed to determine if similar findings exist for other conditions than depression such as chronic pain, and for other therapeutic forms of brain stimulation.

Adequate levels of funding support, accessibility and the need for medical professions to endorse the treatment are important considerations that influenced uptake. Developing targeted strategies to address these considerations may encourage use of rTMS in a clinical chronic pain setting.

Several multisite clinical trials  are currently underway that aim to expand the number of clinical applications of noninvasive brain stimulation in a way that could affect multiple clinical specialties in the coming years, including psychiatry, neurology, pediatrics, neurosurgery, physical therapy, and physical medicine and rehabilitation.

Although this treatment shows promising potential for many patients due to the successful outcomes of the treatment over recent years, further study is much needed in order to establish efficacy, safety, economics, and education revolving around rTMS due to the recentness of the development of this treatment.