When We Talk About OCD, Do We Really Know What We're Talking About? 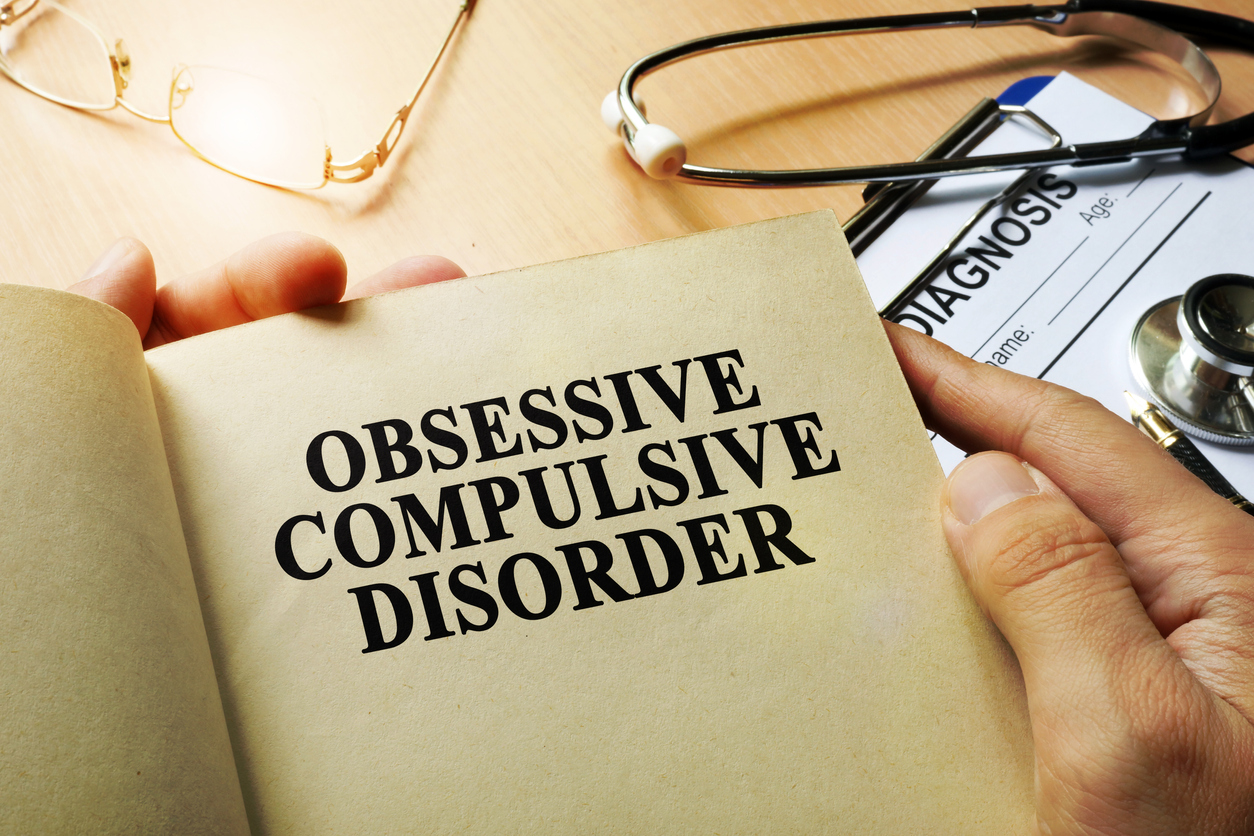 Using mental illness to describe uncomfortable emotions or behaviors is commonplace. When observing a boss or friend shifting moods without explanation, we may temporarily label them as ‘bipolar’. When we feel sad in response to a justifiably painful situation, we might say we’re ‘depressed.’ The list of culturally co-opted misnomers goes on--all the way down to the casual use of OCD. Because of its casual use, OCD has been mythologized in pop-culture as a certain set of traits, rather than the devastating condition it is. Let’s debunk that!

The Diagnostic Statistical Manual (better known as the DSM-V), the official authority in the identification of mental illnesses and disorders, describes a disorder that’s characterized by an obsession with compulsive behaviors. An individual would meet the criteria for Obsessive Compulsive Disorder if they exhibit a number of symptoms in tandem.

Let’s break it down--

A person experiencing obsessive thoughts might experience their mind as a radio turned all the way up, without a knob to turn things down. Sounds loud, right? Mental intrusions on their own, however, doesn’t make for an OCD diagnosis. Sufferers of a number of mental illnesses might experience similar symptoms.

This brings us to the next letter in the acronym--’C’ or Compulsive.

Compulsions show up through repetitive behaviors or mental acts like washing hands, praying, counting, etc. What makes these compulsions fall into OCD territory is the feeling that one must act on them.

Not only does the compulsion itself have to be present--we must consider the purpose of it. When someone with Obsessive Compulsive Disorder performs rituals, they are trying to assuage a sense of fear or anxiety. This can be associated with specific circumstances or a phobia stemming from a previous experience, but does not have to.

We all have the occasional intrusive thought, and maybe even a compulsion here or there. But the difference between this and what is considered pathological is how often the obsessions and compulsions occur. And more importantly, how much do they affect the quality of one’s life.

It’s one thing to have a list of symptoms to read, but it’s another to understand how OCD can affect a person’s daily life.

A janitor named Allen came into session with a new therapist to discuss his anxiety surrounding contracting HIV. When asked whether he took any preventative measures to avoid contracting the illness, he told the psychologist that he took extremely care not to touch anything outside his home. And when he did, he made a habit of washing his hands with bleach up to thirty times per day. His hand washing habit sometimes took hours out of his day. The original question was prompted by a strong disinfectant odor Allen carried with him.

In addition to being time consuming, Allen’s anxiety impeded on his social life.

With his fear of physical contact, Allen had difficulty forming and maintaining close relationships--especially those romantic in nature, which often involve physical touch.

In addition, he began having intrusive thoughts and mental images of himself causing physical and emotional those around him. Even though he had no real desire to do so, he was afraid that he would act out his mental intrusions.

To soothe himself, Allen replayed conversations he had in a cyclical manner. He also kept a journal where he would keep track of each potential indiscretion he committed against those around him and how many times he apologized.

While having social awareness is adaptive and cleanliness is admirable, putting too much focus on each can be detrimental.

This was the case for Allen.

Washing one’s hands with a very small percentage of bleach is not unhealthy, but judging by Allen’s accompanying disinfectant odor, it’s likely that he’d used more than the recommended amount. Being a janitor, his behaviors could be viewed as beneficial for his work. Still, it’s easy to imagine all the things Allen could have been doing during the hours he spent washing his hands.

Like most people, Allen also had a desire for relationships. But in his case, the fear surrounding human contact and the possibility of touching unsafe surfaces surpassed his desire. And let’s not forget his fear of hurting others. The measures he went to actually show how unlikely he was to cause lasting pain. Unable to see that, he spent most of his time alone.

What made his case consistent with Obsessive Compulsive Disorder was how severe his preoccupations were in addition to how illogical his personal intervention methods were.

As with many cases of OCD, Allen’s life revolved around his preoccupations. Allen’s obsessive thoughts and compulsive behaviors have kept him in a constant state of anxiety. That anxiety has not only taken up a ton of space but reduced his world to two places: work and home.

Obsessive Compulsive Disorder’s shorthand, OCD, roles off the tongue. So much so, it’s become somewhat of a buzzword. Its use has been popularized in many contexts--most of which, take away from the validity of the disorder. This isn’t to say we shouldn’t use the term OCD, but instead, move away from its colloquial meaning. To do that, myth-debunking is required.

Here are some common falsehoods followed by their truths--

People who have OCD are neat freaks and germaphobes

Hearing the phrase “I’m OCD” while observing someone go on a cleaning bender is not uncommon, but it doesn’t mean the person saying it has the disorder. In fact, saying so can be quite harmful.‍

To put it into perspective, Dr. Ralph Ryback of Harvard Medical School says--

‘It’s the equivalent of saying, “I’m such a cancer patient,” because you feel like staying in bed all day or “I’m so anorexic,”  because you chose to avoid dessert after dinner.’

While some people do have rituals associated with washing and tidying, there’s so much more to OCD than cleaning rituals. Like in Allen’s case, washing his hands wasn’t driven by a disgust of germs, but an intense fear of contracting a specific illness.

It’s also important to note that being weirdly organized isn’t a requirement for OCD. Actually, there are plenty of people with the illness who would identify as messy.

People with OCD are just particular or ‘quirky’

Everyone has tastes and preferences. When it comes to them, some people might be more rigid than others. We’ve all encountered a person or two who likes things ‘just right’ but is that enough to be labeled as OCD?

Being particular is a personality personality trait, not an illness. When someone with Obsessive Compulsive Disorder, doing or having things in a certain way is not a preference but a necessity. Without their compulsions, they fear something terrible might happen, causing an extreme stress response.

Since much of OCD takes place in the mind, we might miss what’s going on beneath the surface. One of the hallmarks of the disorder is self-awareness. Not only are sufferers impaired by disturbing thoughts and images--they are aware that the intrusions aren’t rooted in reality. Because of this, some may not feel up to sharing.

Compulsions can also be difficult to spot. We may think we know what’s happening when we see someone acting on behavioral urges, but we would need access to their mind to be sure. Impulses associated with OCD can also mask themselves as everyday actions, like turning off lights or locking a door. Beyond that, those who are aware of their OCD might control their impulses in public. ‍

Obsessive Compulsive Disorder is a serious illness. With more than fifty percent of cases labeled as severe, it deserves a more accurate description. In learning about what OCD means in theory and through human experience, we might reconsider using it to describe other common traits and behaviors. By changing the conversation, sufferers will not only feel understood, but respected--now who doesn’t want that?