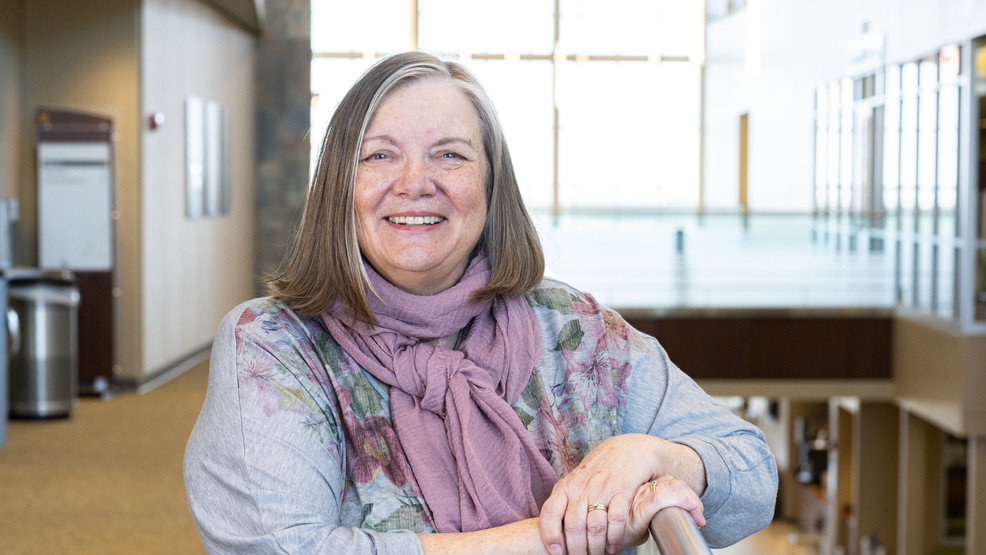 Like 40 million other adults in the United States, Marsha Meyer suffers from chronic major depressive disorder. Symptoms can include lack of energy, no motivation, and loss of interest in the activities and things that usually bring you joy.

Many people find help in antidepressant medication or talk therapy to be very helpful in fighting off the worst of their depression. However, others can find these treatments ineffective — this means their depression is treatment-resistant. Unfortunately, this was a struggle that Marsha faced.

However, Marsha was able to turn her life around and get back to her old self again, thanks to a noninvasive, safe alternative treatment method called Transcranial Magnetic Stimulation (TMS). Marsha’s TMS success story is inspiring and encouraging for anyone suffering from treatment-resistant depression.

Before she fell victim to depression, Marsha’s life was full of passion and service. She was a high school teacher, the vocal teacher of a state-champion show choir, a volunteer children’s choir director at her church, and a mother of two. She was a light in the life of everyone who knew her.

In 1994, things took a turn for the worse. Marsha began waking up in the morning feeling unable to function. Her symptoms were so severe that she called in sick for work and asked her parents for help.

Marsha’s job as a music teacher was important to her, and she usually loved going to work every day. When she no longer felt capable and excited about teaching, she knew something was seriously wrong. This was confirmed when she was diagnosed with major depressive disorder (MDD), commonly known as depression.

At first, Marsha and her doctors tried many traditional treatments for her depression. She went on antidepressants, to no avail. Spoke to therapists, but saw no improvement. She even tried special diet regiments, but her symptoms remained the same. No matter what she did, she felt like she couldn’t get out of the mental fog of depression.

“My doctor had me try every combination of antidepressants and treatments available to find something that worked, even medication from Canada,” Marsha said. “Nothing was really helping.”

Marsha suffered from treatment-resistant depression — a form of the mental disorder that does not respond to the most commonly used treatment methods. Fortunately, another form of treatment was on the horizon: Transcranial Magnetic Stimulation, also known as TMS.

For many years, Marsha continued to struggle with her symptoms, trying treatment after treatment to no avail. It wasn’t until 2004 that she finally had her breakthrough moment. Marsha gained the opportunity to participate in a three-month research study of TMS, then a very new nonsurgical treatment for adults with depression.

During TMS appointments, an electromagnetic coil is positioned on the outside of the skull, above the left prefrontal cortex. This part of the brain affects mood, and activating the nerves there increases production of serotonin. The electromagnet sends pulses through the brain to activate the nerves.

The patient, who is awake during the procedure and can even drive afterwards, will feel tapping against the head throughout the appointment. Side effects are minimal — Marsha, like most TMS patients, experienced only a mild headache. Sessions are usually around 20 minutes, but can be even less — some TMS appointments are only three minutes long.

Marsha saw improvements right away, even before the three-month treatment had ended. After the study had been completed, Marsha decided to continue seeing a therapist regularly. This helped her to continue managing smaller bouts of depressive symptoms that may arise, so that they would not snowball into worse depressive episodes.

Though continuing to see a therapist proved helpful, in the long term it could not keep Marsha’s depression completely at bay. It became more and more challenging over time to manage her symptoms.

Marsha moved to Columbia, Missouri in 2014, and in 2018, the University of Missouri Health Care began offering TMS. The next year, fifteen years after Marsha had first undergone TMS treatments, Marsha learned that she was eligible for the treatment again.

Marsha was able to receive TMS treatment five sessions per week for up to six weeks. Just like before, she was feeling like herself again in no time, and credited TMS for her improved mood, energy, and perspective. But just six months after her initial treatment ended, she began to worry that she was sliding back into depression.

Marsha qualified for another TMS study, this time centering on TMS maintenance for long-term results. Instead of participating in TMS appointments every week, Marsha would receive five treatments during one week of each month, from April 2020 to March 2021.

Once again, she experienced full remission. The scientists conducting the study hope to see their patients stay symptom-free for a full year.

Life after TMS: Happiness and hope

Marsha says that TMS has had a profound impact on not only her general mood and outlook on life, but also her ability to navigate her life and complete important tasks. TMS keeps her depressive symptoms at bay, allowing her to take control of her everyday life and manage her affairs with a clear mind and positive mindset.

“When I had depression, it would take days to balance my checkbook,” Marsha said. “After TMS, I can do it in just a couple of hours. This treatment is beyond a blessing for me.”

She did not hesitate to recommend the treatment for others who may be struggling with treatment-resistant depression, and hopes her TMS success story will inspire others to try it.

“I love encouraging people to seek treatment because I believe we all can be more open about our mental health,” she said. “When you are feeling so down, just know that there is help. Even if you’re afraid TMS isn’t for you, it’s worth a try, because there’s always that chance that it could work.”

Marsha never gave up in her fight against depression — and it worked out, because in the end, depression lost. Thanks to TMS, Marsha can continue to live a life full of passion, joy, and service. She regained her motivation, positivity, and zest for life.

If you suffer from depression, especially treatment-resistant depression, talk to your doctor about TMS. Not only is TMS for depression safe and noninvasive, it is also very effective. This is especially true when it is used in combination with talk therapy or other depression treatments. Thanks to TMS, you could be back to your old self again in no time.