TMS for Addiction: Everything You Need to Know 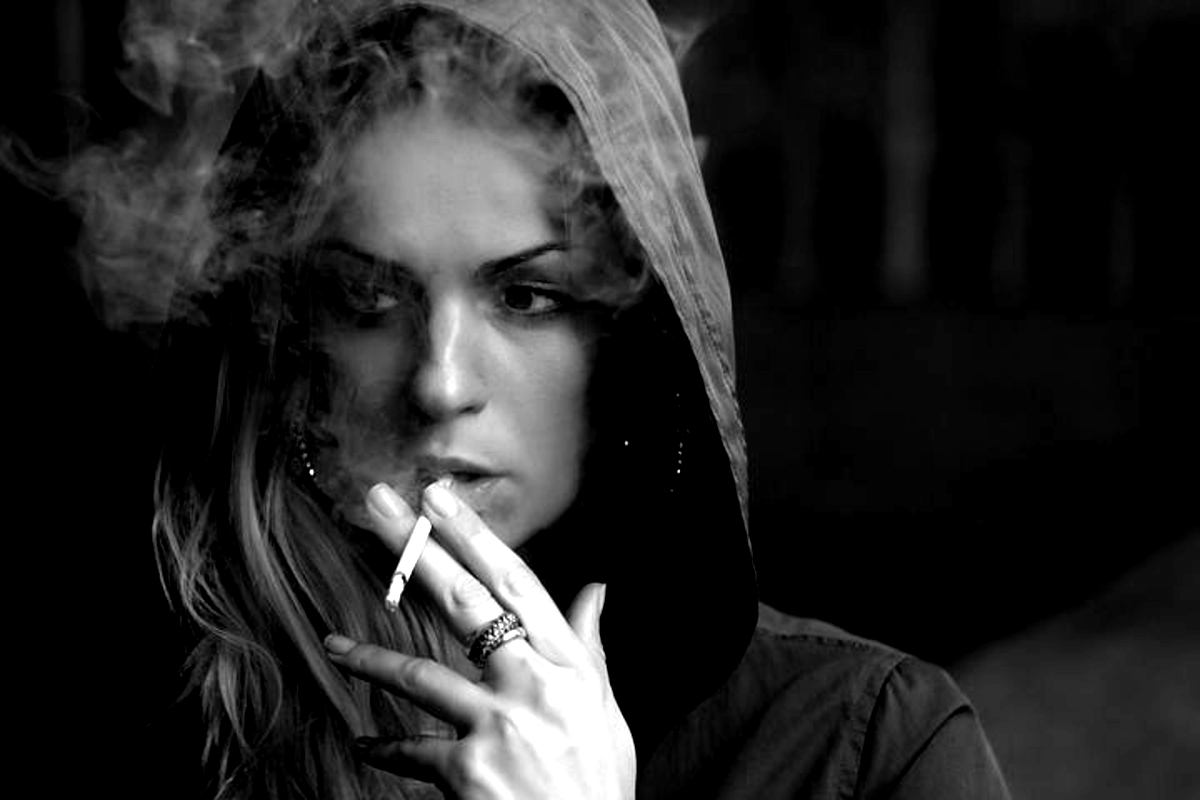 Addiction is one of the most debilitating medical issues a person can undergo. While we’re conditioning to think of addicts in the terms of drug abuser’s and criminals by our pop culture media environment, the fact of the matter is that there are a number of different types of addiction that people suffer from and a wide variety of ways addictions manifests themselves in the lives of those we love. Since every human being has a brain that runs on electrical impulses and neurotransmitters anybody can be at danger of becoming addicted to something at a neurochemical level. But just what exactly causes people to become addicts and what can be done to help those among us who suffer from their addictions? Read the article below to find out.

What Are Addictions and How Do They Manifest?

When we think of addictions in America, most people’s mind’s immediately jump to the idea of a crackhead or a heroin addict but addictions span across the psychological and behavioral spectrum. One common type of addiction is the biological addiction to substances. In fact in 2017 almost 20 million adults reported having a substance use disorder. These kinds of addictions are formed when the mind is flooded with neurochemicals that cause feelings of joy, euphoria, ecstasy, or pleasure. Because this level of pleasure is not normally released by the brain, the person who experienced it has no way to get the same high as before without using the chemical again. Combine this fact with the fact that many substances also cause serious withdrawal symptoms and it is easy to see how people become addicted to drugs.

However, many people in the United States become addicted to legal drugs. These drugs are prescribed by doctors and dispensed at pharmacies. They aren’t sold on the street corner or smuggled by criminal enterprises. These drugs are given to patients during their course of treatment but they run into the same biological issues as illegal drug users. Their brain is flooded with an unusually high amount of neurotransmitters because of the drugs and then their brain is unable to achieve the same level of pleasure without the prescription drug. These kinds of addictions are so widespread and fatal that they have caused the average expected lifespan of Americans to decrease.

In 2017 the United States government found that nearly 18 million Americans, nearly 6%, had abused a prescription drug in the past year.  Overdoses caused by addiction to prescription pills are incredibly common and have led to a national emergency. These overdoses can be particularly dangerous because individuals addicted to opiates turn to street drugs like heroin when they can’t get more of the prescription that gets them high.

However, drugs aren’t the only thing that causes people’s neurochemistry to be thrown all out of whack. There are many activities in life that a person can undertake that will also release an unusually high amount of feel good neurotransmitters that causes them to keep coming back for more and more. One type of such addictions are called Impulse Control Disorders. These disorders involve things like intermittent explosive disorder, kleptomania, pyromania, and gambling. The thrill from betting huge sums of money or stealing from a store causes the addict to repeat the behavior over and over in order to get that same dose of good chemicals.

1There are also a variety of behavioral addictions. These addictions are typically related with a normal biological function. This function is abused in a compulsive or extreme way that causes detriment in the addict’s life. For instance human beings are rewarded with dopamine when they eat food, or when they have sex. The body has an evolutionary incentive to reward us when we do the biological functions that keep us alive and healthy and the actions that keep the species surviving. As such, people can become addicted to things like sex and pornography because they provide a short cut to a high dosage of feel good nuerochemicals. The same happens with food. In fact the same thing can happen with posting on social media. Getting positive social attention leads some users to look for a bigger and bigger fix through more and more likes and retweets.

Unfortunately some behavioral addictions work the opposite way. Some users seek out pain and damage as a way to get the body to release chemicals involved in the healing process. That is why some individuals become addicted to things like cutting their own skin. When the damage is done to the body, the brain releases chemicals to help deal with the pain. The same way people become addicted to prescription painkillers they also become addicted to natural painkillers.

How Are Addictions Treated?

Because addictions span such a wide span of causes and outcomes it is difficult to find a treatment that can be helpful for everyone. The treatment needed for an opiate addict can vary wildly from the treatment that would be necessary for a pyromaniac. As such many people who struggle with addiction have a hard time overcoming them and moving past them. This can cause a fair amount of disruption in a person’s life and lead to undesirable results. As such, doctors and clinicians are always looking for new ways to help those of us who suffer from addiction.

One promising new therapy for addiction on the horizon is called Transcranial Magnetic Stimulation (TMS). The good news about this therapy is that it is safe, cost-effective treatment. Unlike a lot of treatments, TMS shows very few side effects. Although, rare, serious side-effects do occur so it is important to discuss any new treatment thoroughly with a doctor first. That being said, the majority of those who undergo TMS report mild headaches and some skin irritation where the magnet was applied. These side effects are reported as becoming more mild and dissipating as patients undergo more treatments.

Unlike other behavioral and psychological treatments, like pharmaceuticals, TMS involves no type of withdrawal or addiction symptoms in its users. This is obviously beneficial when it comes to the treatment for addiction because it does not alleviate the struggle of an addict when one addiction is just replaced with another.

What Is Transcranial Magnetic Stimulation?

Transcranial Magnetic Stimulation is the use of magnetism to influence the neural excitability in the brain and to increase the production of neurochemicals in different structures in the brain. The way the treatment works is quite innovative. Scientists have long known that magnetic fields can cause alterations in electrical currents but it is only in the last decade or so that TMS machines have been used to alter the electrical excitability inside of neurons in the pursuit of treating behavioral and psychological disorders.

TMS avoids causing the patient physical pain because it alters the electrical current in the mind without applying electricity directly to the person. By relying on the underlying physical connection between magnetism and electricity, TMS can be used to alter the neural electricity in the mind in a safe and pain free way. Doctors just have to focus the magnetic waves on the area of the brain that is in need of treatment and they can influence the electricity in the mind because of magnetisms ability to influence electricity. Scientists and doctors can increase or decrease how often neurons are firing this way because the magnetic waves can painlessly pass through the skull.

Recent studies have shown that TMS reduces addiction symptoms by causing a noticeable reduction in substance consumption and cravings amongst patients. These studies were done by focusing the TMS on the dorsolateral prefrontal cortex of the brain which is responsible for controlling executive functions. These functions include things like making decisions and regulating impulsive behaviors. When the dorsolateral prefrontal cortex becomes hypoactive, or becomes inhibited, our executive functions are also affected. This means that our ability to regulate our desire to consume food or drugs, manage our sexual desires in a healthy way, or prevent our impulsive tendencies are all reduced. As such, we are more likely to engage in addictive behavior.

When our executive functions are reduced we have less ability to control our carnal or biological appetites and this leads us to overindulge in unhealthy and addictive ways. By bringing the dorsolateral prefrontal cortex back into harmony and alignment it is believed that a person’s executive functions will also operate in a more harmonious way. This increased balance in our decision making and executive functions allows us to combat our addictions in a way that other treatments cannot. Not only can the underlying physical addiction be addressed, the patient's ability to have control over their addiction and their decision making is also increased. Leading to a remedy that treats the addiction in a more complete manner. In fact studies show that 11 out of 16 coke addicts were free from their addiction after one month of TMS. Whereas those who only received standard treatment, only three of the sixteen were free from their addiction in the same length of time.

When the disorganization in the prefrontal cortex that leads a person into addiction in the first place is treated it decreases the likelihood for relapse. Meaning that the treatment is more than just a band aid on a wound. One that might rip off the next a bad wave of cravings comes the addict’s way. By helping bring the mind physically back into balance, the doctors are able to prevent the problem that leads to the addictive behavior in the first place. Leaving an addict free from addiction can only be so effective if the causes of the original addiction is left untreated. TMS helps avoid this problem.

However, TMS should not be treated as an end all, be all treatment. The therapy is still waiting on approval from the FDA as a treatment for addiction. And as such should only be considered as part of a wider ranging plan involving traditional therapies and medications until more research is completed.