TMS Therapy for ADHD: Everything You Need to Know 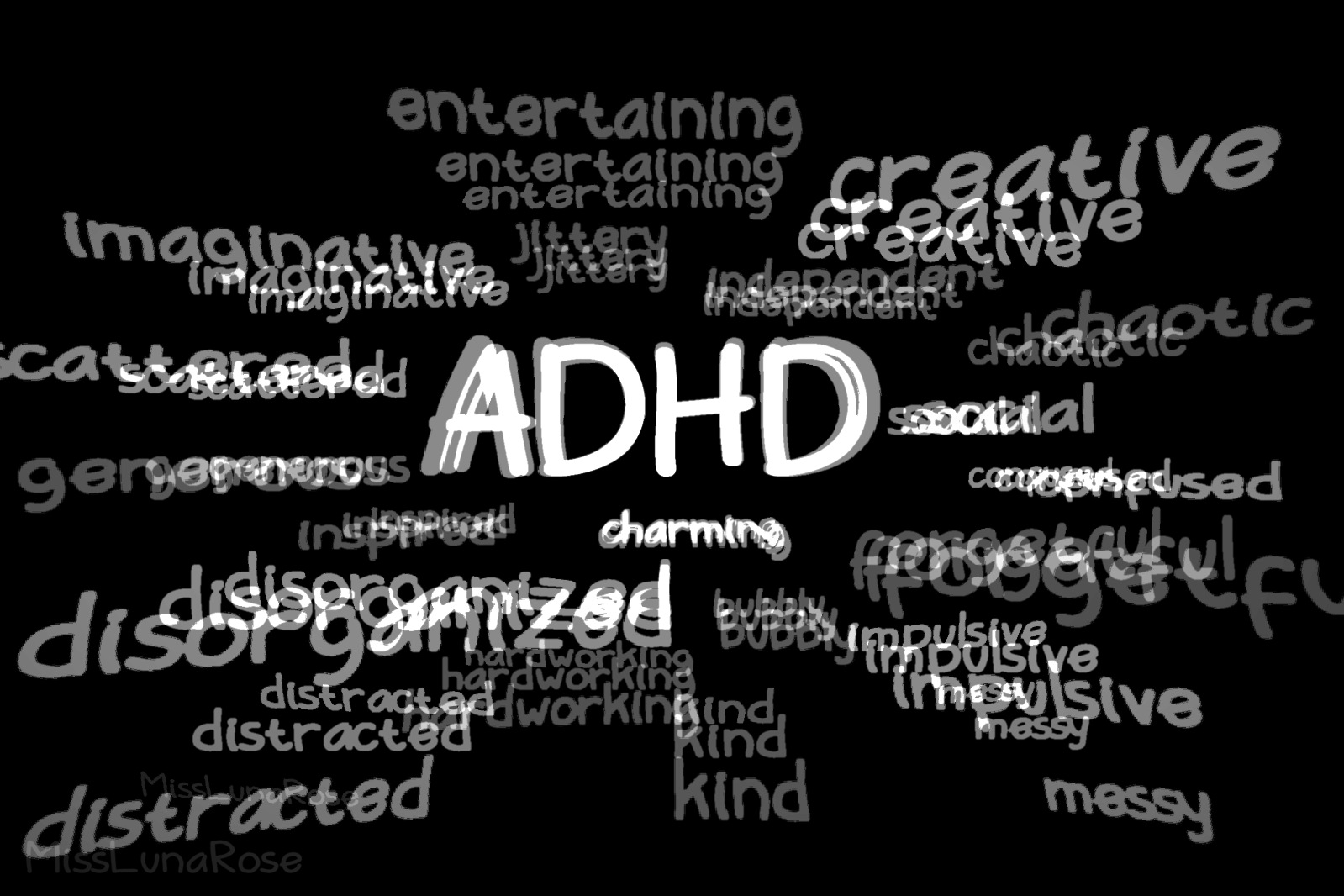 Unlike many mental health disorders which manifest during puberty or early adulthood, ADHD symptoms tend to appear in children between the ages of 3 and 6. Even though the symptoms first appear when a child is so young the average age of an ADHD diagnosis isn’t until 7 years old. However, it’s not just children who are diagnosed with ADHD. Some people make it all through their childhood and never receive a diagnosis until adulthood. With a little over 4 percent of Americans over the age of 18 receiving a diagnosis and treatment.

However, the trend is for more and more diagnoses of ADHD every year with the cases increasing at an alarming rate. The number of cases has increased more than 42% in eight years. A number that is unparalleled by any other mental health disorder. So why does it even matter that a person gets diagnosed with ADHD and what can be done to treat the disorder? Check out the article below to find out everything you need to know about treating ADHD safely with Transcranial Magnetic Stimulation.

What Exactly Is ADHD?

And Is It Any Different From ADD?

Many people have heard the term “ADD” seemingly used interchangeably with the term “ADHD.” If you are confused about the distinction between the two don’t worry, you’re not alone. ADD stands for attention deficit disorder, and is often used colloquially to mean the same thing as ADHD. At one point it was actually considered its own separate diagnosis. A disorder that was entirely separate from ADHD. However, the term is currently considered outdated and inaccurate from a medical perspective.

ADHD is the correct name for the condition. When the American Psychological Association released the Fifth Edition of the Diagnostic and Statistical Manual of Mental Disorders in 2013, the name was formally changed to ADHD. The former diagnosis of ADD was changed to a sub-diagnosis of ADHD called “predominantly inattentive ADHD.” So in other words, ADD is a type of ADHD. Since ADD is actually a sub-diagnosis of ADHD, ADD can be treated in the same ways as ADHD.

ADHD is a mental health condition that causes above average levels of impulsive and hyperactive behaviors in an individual. Because of this hyperactivity, those who suffer from ADHD can have a difficult time focusing their attention on one task at a time. They might even have a difficult time staying in one place for a long period of time. Although we most commonly think of children being diagnosed with attention deficit disorders, both children and adults can be affected by the disorder.

There are a wide variety of different symptoms that are associated with ADHD. Some of the most common symptoms involve having difficulty focusing or concentrating on the task at hand. Similarly a person with ADHD may be quite forgetful about completing the tasks that they start or have difficulty completing their tasks on time.

Additionally people suffering from ADHD can become easily distracted even in a rather calm environment. Because of this people with ADHD have trouble sitting still and want to go inspect and explore whatever in their environment that has distracted them. The other most common symptom of ADHD is that a person who suffers from the disorder will be likely to interrupt others frequently when they are engaging in a discussion. Since they become distracted easily, it is hard for them to stay on one topic for long and want to change to the new topic that has entered their head and distracted them from the conversation at hand.

As you can see the symptoms of ADHD can be quite burdensome in a person's life. If you get distracted from all of your conversations it's hard to have productive talks with friends and family. And an inability to meet deadlines can have serious consequences at school or at work. And although many mental health disorders have symptoms that feel more severe than ADHD, the disorder can be highly disruptive in a person’s life if left untreated. So how can ADHD be treated safely and cost effectively? Well in order to understand how ADHD can be treated, you must first understand what causes the disorder in the first place.

And What Can Be Done To Address Those Causes?

When there is a deficiency in the necessary chemicals the brain needs, it can fall out of balance. When the cells have trouble communicating with each other the brain can't function properly because different areas can’t communicate what they do or do not need. And this means that structures within the brain do not receive the proper nutrition and resources they need in order to function properly. This can lead to drastic changes in a person's functions and behaviors.

The most common forms of treatment for ADHD involve some sort of psychotherapy and the prescription of pharmaceuticals. Typically behavior therapy and behavior therapy training for the parents is included. This behavior therapy is often supplemented with prescription pills. These are most commonly some sort of stimulant. Between 70 and 80% of children with ADHD show a reduction in symptoms when they are prescribed these medications. Similarly, adults with ADHD show a reduction in their symptoms when prescribed similar medication.

Common side effects from the prescription of stimulants involve a loss of appetite, irritability and mood swings, headaches, depression, dizziness, and difficulty sleeping. Basically, any way you can think to be just lightly miserable throughout your day can be caused by taking prescription stimulants everyday. For many people the trade off just isn’t worth it for them. They would rather deal with the adverse effects of ADHD than deal with the adverse side effects of the medications. But medication isn’t the only option.

Transcranial Magnetic Stimulation Is A Safe Alternative to Prescription Pills

But There Are Some Drawbacks

For those who are seeking an ADHD treatment option that funnels less money to the pharmaceutical industry there is good news. Transcranial Magnetic Stimulation (TMS) is a new innovative treatment for those who suffer from ADHD.

TMS involves influencing the electrical activity in the human brain. This is done to treat a variety of different mental health disorders. Many disorders are caused by an unusual level of neural activity in parts of the brain or an inappropriate amount of neurotransmitters being produced. Scientists have long known that the mind relies on electricity to function and have thought that if you could change the electrical activity you could treat mental health disorders.

The issue with this though is evident from the reputation that shock therapy has in our pop culture conscious. Actually applying electricity to a person's head to influence electrical activity in their brain is enormously painful for the patient and quite dangerous for them as well. However, since electricity is inexorably bound to magnetism through the physical laws of our universe, scientists and clinicians have discovered a way to influence the electrical activity in our brains without the application of painful electrical current.

TMS uses the connection between magnetism and electricity to influence the electrical activity in the mind in a non invasive and pain free manner. By focusing magnetic waves at the areas of the brain that have an unusual level of activity, scientists can painlessly send the magnetic waves through the skull and directly target the part of the brain that needs the additional stimulation.

The mind of a person suffering from ADHD becomes disorganized. The communications between neurons are muddled and mistured when there are inappropriate neurotransmitters available to facilitate those communications. By restoring the mind's ability to properly communicate, the confused neural state that causes hyperactivity can be alleviated.

Although many parents are apprehensive about pharmaceuticals being prescribed to their children, it is always important to listen to the advice of your personal doctor. Although TMS has shown promising results in the treatment of ADHD in adults, some doctors urge caution in applying the treatment to children. An adult human mind has already finished growing and developing. Although TMS shows very limited side effects on a fully developed mind, there are no clinical studies documenting what influence it could have on the health of a mind that is still developing. As such, discuss any and all changes to your child’s current treatment option with your doctor in order to ensure they are not exposed to any unnecessary or unknown dangers.

‍
Doctors and clinicians in general all stress that although TMS treatment has shown promising benefits for a wide variety of psychological and behavioral disorders, there is still an enormous amount of research that needs to be completed. However, this research primarily involves how to improve the use of the treatment, how to refine it for different disorders and different individuals, and all around how to improve the efficacy of the treatment. The use of TMS as a treatment for ADHD is in its infancy. But although the current studies are small, they show promising results.